He is the Founder of the Sadhu Vaswani Mission. He continues to inspire us in spirit and it is with his blessings that we can carry out all the noble work. He believed that at the heart of all religions was the message of love and sacrifice. He often stated:

“I do not aspire for Mukti (salvation). I fain would be born again and again, if only that I might be of help to those that suffer and are in pain.”

A born orator, he addressed large crowds of men and women. They marvelled at his words and as he spoke, he awakened new aspirations within them. A prolific writer, his writings, a perfect blend of eloquence and intellect unfolded an unknown world penetrated by a spiritual fire. 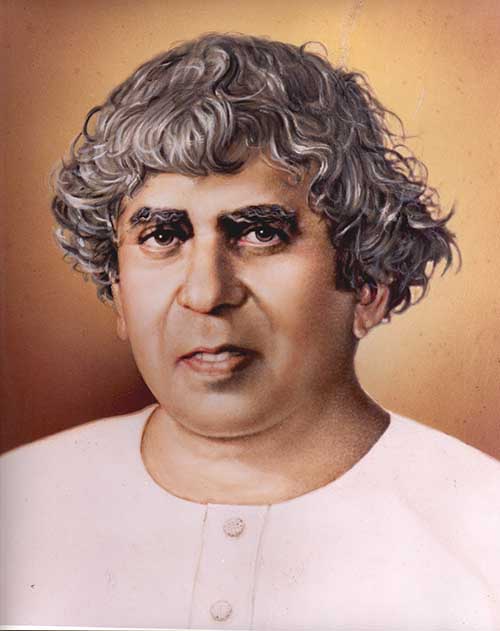 Simple, unpretentious, singularly free from show and ostentation, he moved about as a man amongst men, serving them in his characteristic selflessness. His actions were driven by immense empathy. He was prophetic when he said“New India will be built not in the Lok Sabha or Rajya Sabha but in the home and the school.” In 1933, Sadhu Vaswani founded the Mira Movement in Education which centred on character building, spiritual awakening and service. Today, the Sadhu Vaswani Mission runs schools and colleges for girls in Pune and other cities in India where thousands of students receive an education from the pre-primary to post-graduate level. Along with academic excellence, the education is structured to nurture the nascent spirituality in every child and encourages each student to participate in humanitarian activities.

He believed in an idealistic yet pragmatic way to attain God, “Man need not run away from the world to the solitude of a mountain-cave or a forest-grove. He must live in the world and fulfil his duties and obligations. To a young man, who wanted to resign his job and renounce the world and go out and live on a mountain-peak, Sadhu Vaswani said: “He whom you seek is not afar. He is in your office. He is in your home. He is with you, within you. Serve your old mother, live a life of purity and prayer, harm no one, cry out to Him in love and longing, and it will not be long before He reveals Himself to you!” In his vision of Cosmic Oneness, Sadhu Vaswani pleaded for mercy to all animals who he voiced are man’s “younger brothers and sisters.” He prophesized that “I verily believe the day is coming when meat eating will be condemned as murder!” for all life he emphasised is sacred. All life is an embodiment of the Universal Being.

Sadhu Vaswani's life brought hope and faith to lost and wandering souls. The purpose of his life was to spread love and happiness wherever life took him. He spread the message of the prophets and saints of the East and West and lead countless souls to new realms of awakening!

Dada J P Vaswani is the heart and soul behind the Sadhu Vaswani International School.

The light that was kindled by the Master has been kept aglow by the disciple, Dada J.P. Vaswani. He followed in the foot-steps of his Guru after relinquishing a brilliant academic career as a student of physics. A brilliant student with several double promotions, he matriculated at the age of 13 and graduated at the young age of 17 years. For his Masters degree, his thesis on The Scattering of X-rays by Solids was assessed by the scientific genius, Sir C V Raman.

A scientist by training, through his spiritual ascensions; he has perfectly blended the scientific synthesis of life with soulful spirituality. “All lives deserve to be respected and all beings need to be loved”. 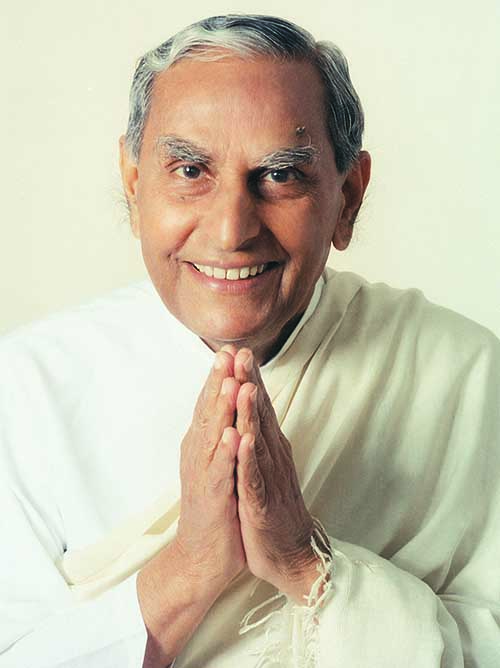 This forms the very core of world-renowned philosopher Dada J. P. Vaswani’s teachings. His teachings are consolidated into a marvellous code of living & can be easily applied to daily life. His philosophy encompasses the essence of every religion, presenting a unified and tolerant approach to all belief systems of humanity. He has a profound knowledge of the Vedas, the Bible and the Koran. Most importantly, his words are backed by the witness of his life in day-to-day living. He is presently the Spiritual Head of the Sadhu Vaswani Mission, Pune.

He is the author of hundreds of books many of which are translated into many languages. A powerful orator, Dada J P Vaswani has addressed several International forums some of which include: The UNO, New York, The World Parliament of Religions, Chicago and South Africa, The House of Commons, London, The Global Forum Of Spiritual and Parliamentary Leaders on Human Survival, Oxford and Kyoto, Japan, The World Vision 2000, Washington, The World Hindu Conference, Sri Lanka and USA, The World Parliament of Reigions, Australia. He has been honoured with National and International Awards for Peace including the prestigious U Thant Peace Award. His teachings are a blend of pragmatism and profundity and reflect his deep insight into all spheres of life and spirituality.

A towering educationist,he believes the frontiers of knowledge must be saturated, with values and ideals. The byproduct of acquiring knowledge must be the creation of strong, courageous individuals who will live lives of simplicity and service.

A new humanity, a new race, thereby a new world order can only be built by investing in a value – based education.

“Do your duty and a little more and chant the Name Divine” sums up his simple philosophy of life. To attain God, man need not retreat to the forests, but must abide by his duties, do his daily work, live in the right spirit and must discover God within.

The Sadhu Vaswani Mission is a humanitarian organization with its headquarters located in Pune and its Centres spread in different parts of India and abroad (www.sadhuvaswani.org)

The Sadhu Vaswani Mission seeks to bear witness to the truth that there is but One Life flowing in all-men, birds, animals, things, animate and inanimate. The Sadhu Vaswani Mission believes that life must have a spiritual orientation and promotes the practice of kirtans (group chanting), prayer, meditation, and, above all, living for others. The others are not apart from us. We all are part of the One Whole. The Mission on one hand focuses on spiritual upliftment and on the other, towards various humanitarian service programmes in the areas of education, medical care, relief and rehabilitation, animal welfare and service to the underprivileged, physically challenged and the less-fortunate ones often ignored by the rest of the world.

“We must do as much good as we can, in as many ways as we can, to as many as we can.” : J P Vaswani
This is exemplified in action at the service centres, hospitals and educational institutions that have been set up by the Sadhu Vaswani Mission. 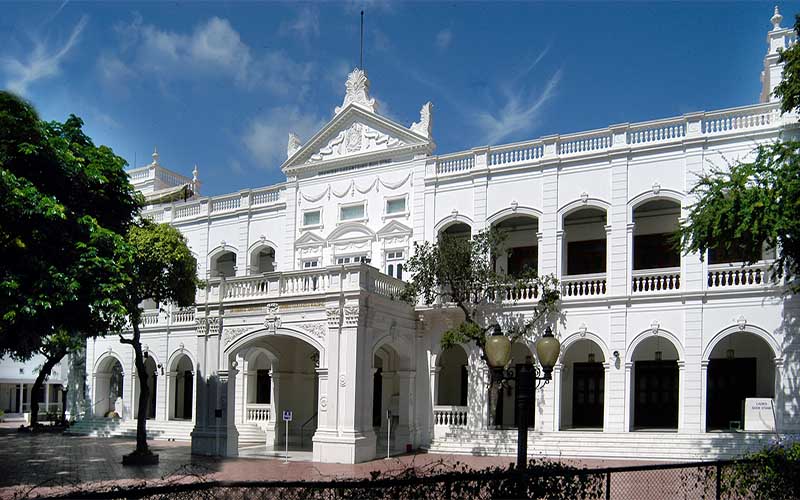